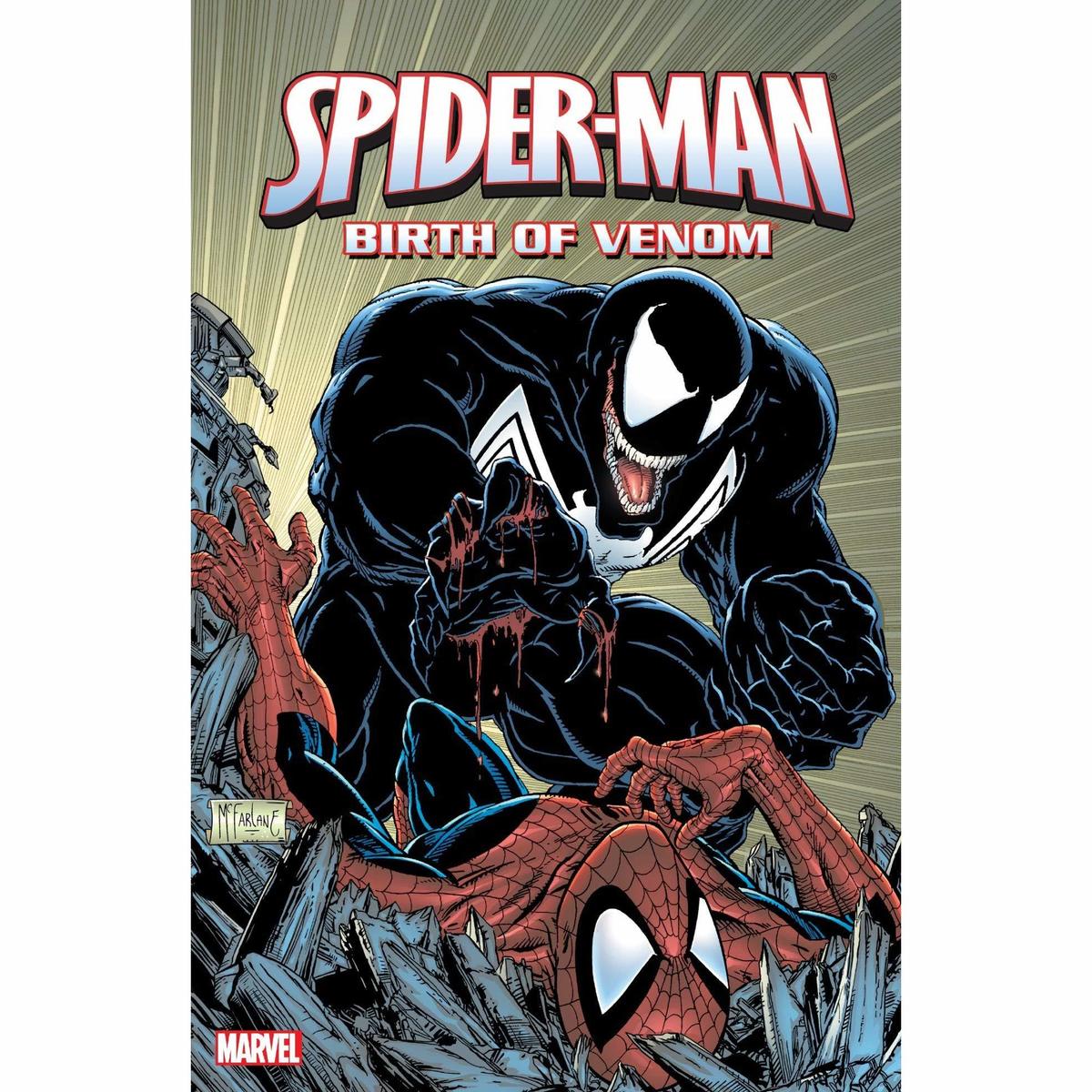 The Beyonder's Battleworld might seem a strange place to get new threads, but it's Spider-Man who becomes unraveled when his shape-changing costume attempts to darken his life as well as his fashion sense! But ridding himself of his riotous raiment proves an even greater mistake when its alien enmity bonds with mortal madness to form our hero's most dedicated decimator! Plus: the first appearances of Puma and the Rose! Mary Jane Watson's startling secret! And the debut of the battling...Bag-Man!? Guest-starring the Black Cat, the Fantastic Four and more! Collecting SECRET WARS #8; AMAZING SPIDER-MAN #252-259, #298-300 and #315-317; FANTASTIC FOUR #274; and WEB OF SPIDER-MAN #1;  AMAZING SPIDER-MAN ANNUAL #10.