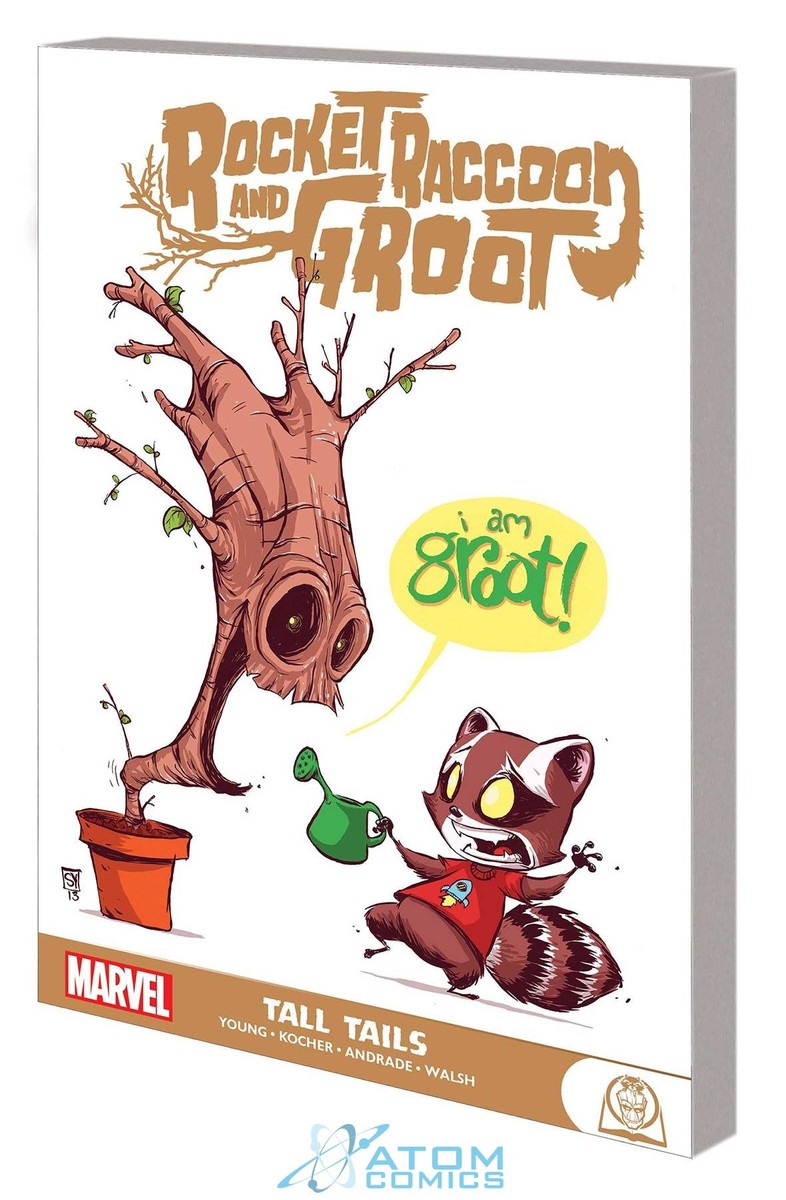 There's a new criminal mastermind in the galaxy, and it's…Rocket Raccoon?! How did this happen? Groot knows, but he's not talking! Well, he is talking, but all he's saying is… Oh, you know. Diabolical danger, madcap mysteries and astonishing adventure abound in tall tales of everyone's favorite cosmic double act! Then, Rocket and Groot put the 'fun' in 'funeral' - but any mirth is only hiding a certain raccoon-like critter's grief at the death of his mentor in conartistry. And when Captain Marvel enlists her Guardians of the Galaxy pals to fight in CIVIL WAR II, surely it won't divide these BFFs. After all, they are Groot, right? All that, plus the unbelievable Gwenpool! If you love adventure, animals, outer space and just about anything in between, this is the book for you! Collecting ROCKET RACCOON & GROOT #1-10. Ages 10 & Up