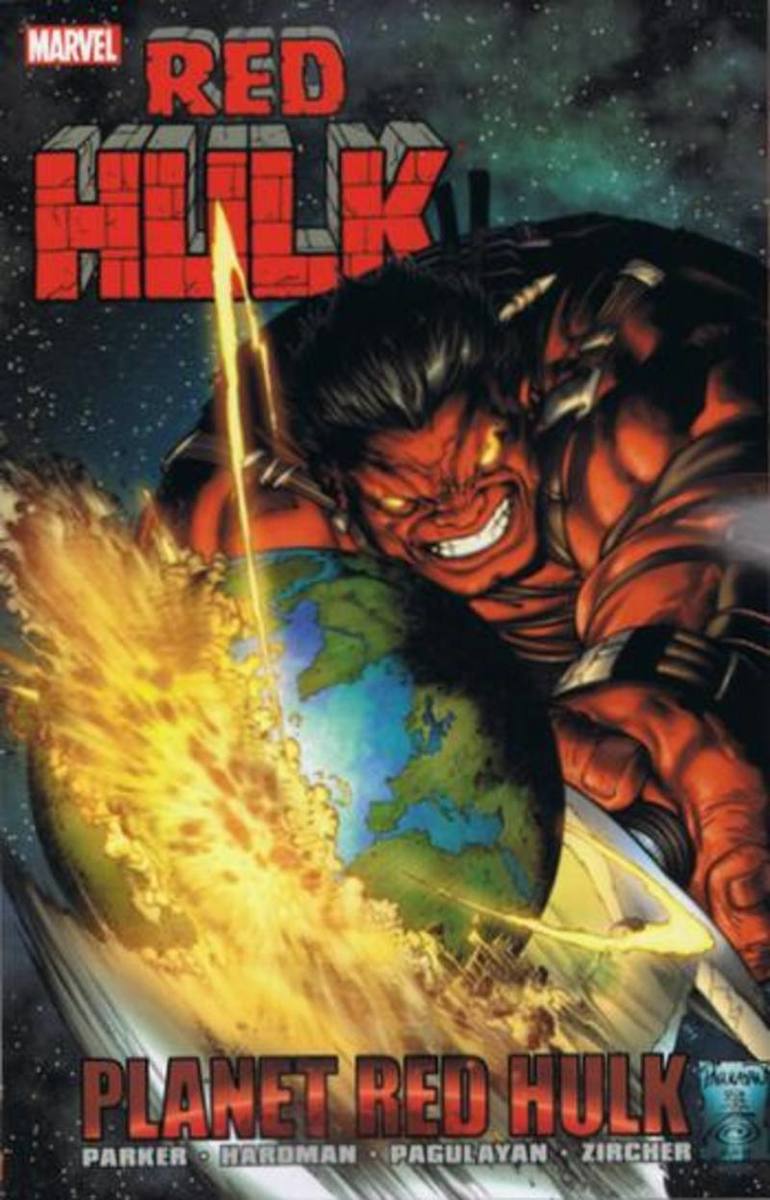 For years, Gen. "Thunderbolt" Ross chased the Hulk across the planet, hoping to capture and defeat the Jade Giant. Now, Ross himself is a gamma-irradiated force of nature, and a new enemy has emerged to fill the general's army boots. His name is Fortean. His mission: to enact vengeance on the beast that took the life of Thunderbolt Ross. Little does he know the beast and the man are one and the same! Even the good Ross has done as Red Hulk has created a deadly new challenge, as the world stage bursts open to make room for a powerful mastermind who wants to remake society in line with her own vision - once she kills Big Red! And after surviving his new foes' opening salvos, Red Hulk finds himself pulled into a strange planetary system at war when a rescue mission in space goes wrong. Epic monster battles! Brazen warrior women! Space intrigue! And...King Red Hulk?! Is it cosmic d j vu? A cruel joke of fate? Or are there other hands at work? Plus: a mysterious group has plans for their newly adopted champion: Rick Jones, the A-Bomb! Collecting HULK (2008) #30.1, #31-36 and material from #30.