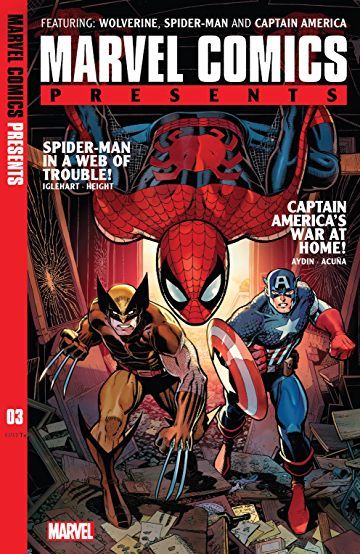 The Vigil” featuring Wolverine continues with part 3 in this ongoing series! Three tales with echoes of the decade that began the Heroic Age—the swingin’ 1960s! First up, Wolverine continues his vigil, bringing him to the worst places on Earth. Then, the co-writer of the award-winning March trilogy, Andrew Aydin, pens a tale of Captain America during the Civil Rights movement. Finally, an all-new story of Marvel’s most famous son of the ’60s – Spider-Man! Brought to you by Tony Award-winner James Monroe Iglehart (Hamilton, Aladdin on Broadway) and Ray-Anthony Height (Moon Girl and Devil Dinosaur)!