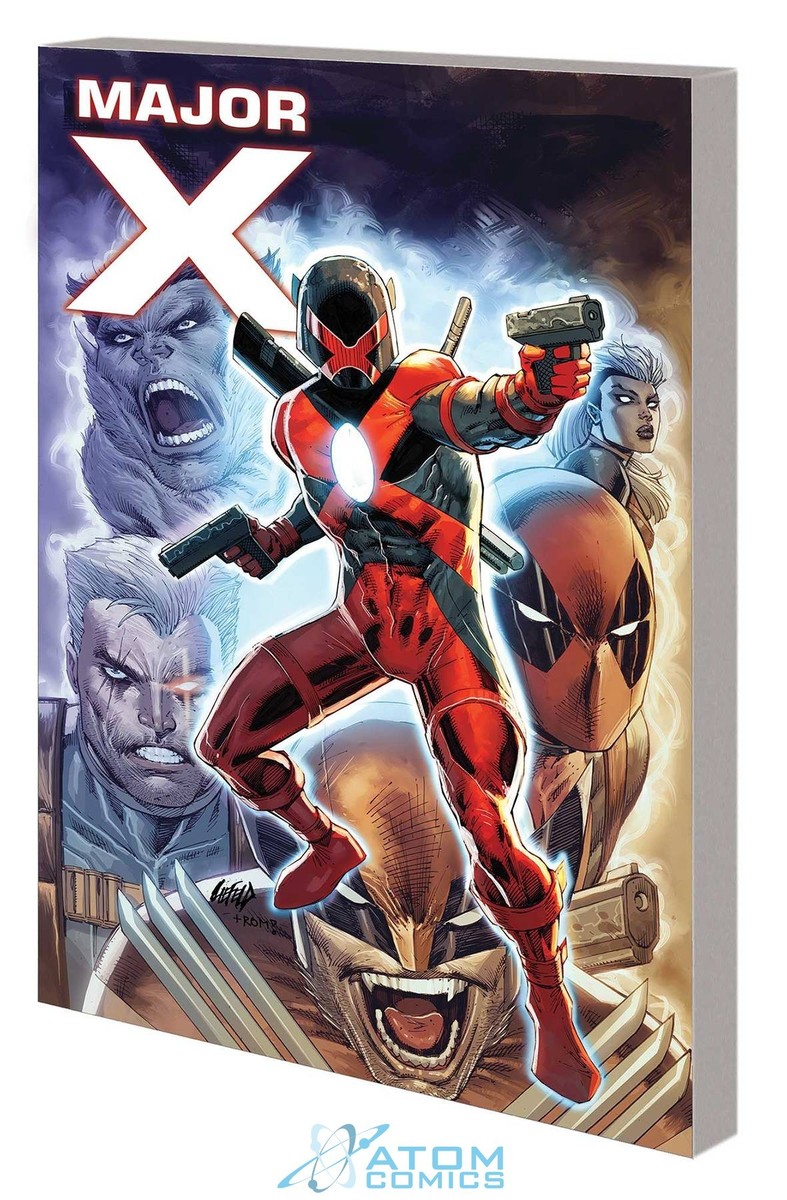 A mysterious new player enters the Marvel Universe! Major X's home dimension, the X-istence, and the thousands of mutants who dwell there are facing complete destruction. Now, Major X and the man-beast called M'Koy must travel to the Marvel Universe to stop those responsible and locate the one man who can save their world! But when they find themselves thrown back in time to the early days of X-Force, Major X forges a desperate alliance with the man called Cable. But what is the stunning connection between these two time-traveling warriors? And can they untangle a conspiracy involving rogue Atlanteans, the sadistic Watchtower group and the evil (yet familiar-looking) assassin known as Dreadpool? Comics legend Rob Liefeld introduces a new wrinkle to the saga of Marvel's mightiest mutants! Collecting MAJOR X #1-6 and material from MAJOR X #0 (2019).