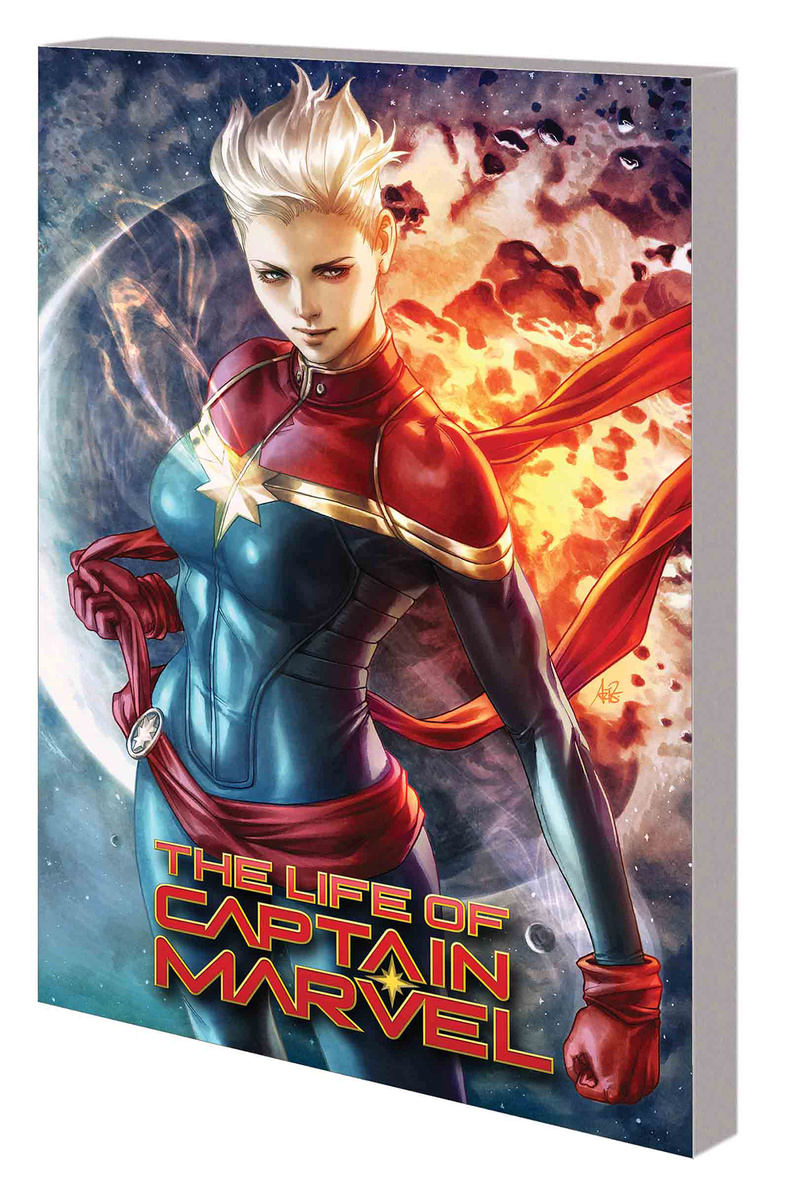 She's one of the mightiest heroes not just on Earth but in the entire galaxy! Now learn exactly how Carol Danvers became the woman she is - the Avenger she is - in the definitive origin of Captain Marvel! When sudden, crippling anxiety attacks sideline Carol in the middle of a fight, she finds herself reliving memories of a life she thought was far behind her. You can't outrun where you're from - and sometimes, you have to go home again. But while Carol takes a temporary leave from duty to unravel her past, trouble comes looking for her. A weapon has been unleashed, and Carol's sleepy coastal town is about to become the center of its world. But there are skeletons in Captain Marvel's closet - and what she discovers will change her entire life! Collecting LIFE OF CAPTAIN MARVEL (2018) #1-5. Rated T+