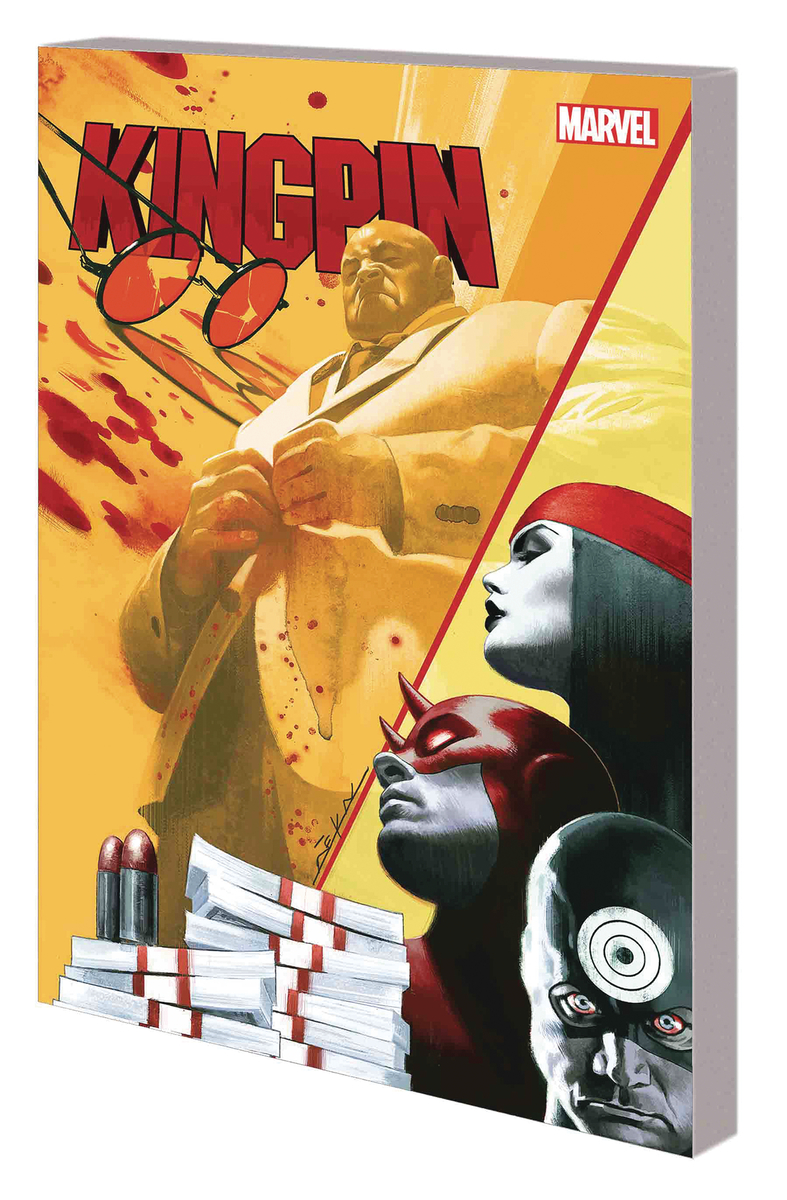 Wilson Fisk builds a new empire! The Kingpin has done bad things. Deplorable things. Unforgivable things. He has cheated the law. He has blackmailed rivals. He has killed. But that's all in the past. Now he's back in the city he loves and ready to make his mark as a titan of legitimate industry. But before he can take a fresh bite out of the Big Apple, he needs to transform his public image. As Fisk makes disgraced journalist Sarah Dewey an offer she can't refuse, the spiraling saga of crime and betrayal begins anew. His road may be paved with honorable intentions, but nobody in his circle will remain pure on his climb back to the top! Reacquaint yourself with the Kingpin in all his brutal glory: the man, the murderer…the Good Samaritan?! Collecting KINGPIN (2017) #1-5. Rated T+