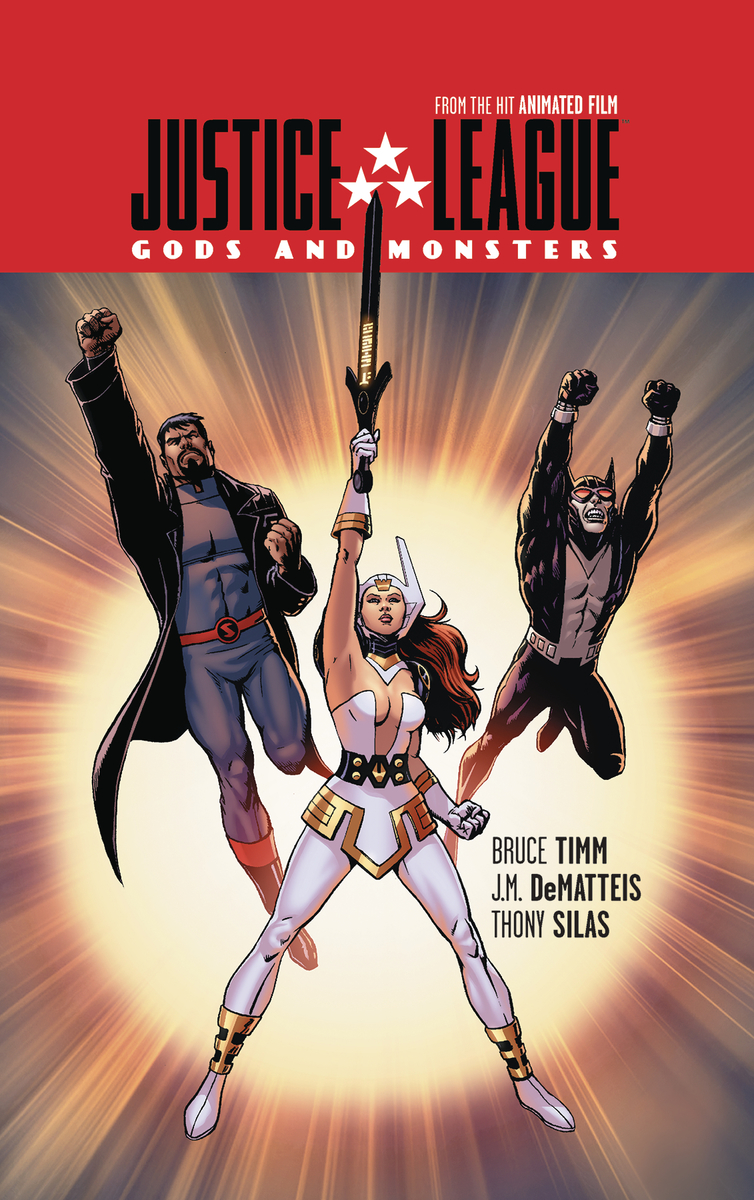 In this prequel to the DC Universe movie Justice League: Gods & Monsters, Superman is Zod’s son, Batman is a vampire, Wonder Woman is a descendent of New Genesis, and they’re drawn together by a man who claims he can bring humanity to the next level of evolution. But will Jackson Alpert and his Forever People save the earth or conquer it? Collects the JUSTICE LEAGUE: GODS AND MONSTERS issues BATMAN #1, SUPERMAN #1, WONDER WOMAN #1, plus JUSTICE LEAGUE: GODS AND MONSTERS #1-3.