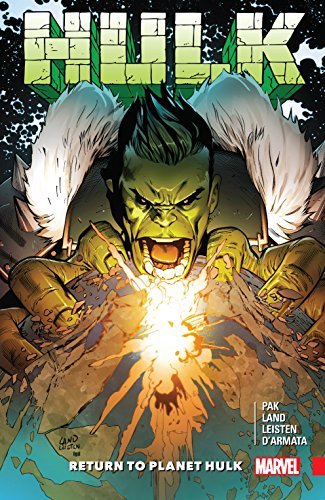 Return to Planet Hulk - this time with Amadeus Cho! When Amadeus picks up a distress signal from a distant planet, he's shocked to find out it's from Sakaar. As the Totally Awesome Hulk, Amadeus has been trying to avoid the curse of anger that haunted Bruce Banner. But Sakaar is a place for warriors and gladiators - a place where the Hulk fought brutally in the Imperial Arena. If Amadeus is to survive there, he may have to embrace the savage Hulk within himself - especially when he faces a series of impossible trials known as the Gauntlet! But who sent the mysterious call for help that brought him to this deadly planet? Can Amadeus conquer Sakaar like Banner before him - or will he himself be conquered? And who is that thundering barbarian? Could it bethe Odinson?! Collecting INCREDIBLE HULK (2017) #709-713. Rated T