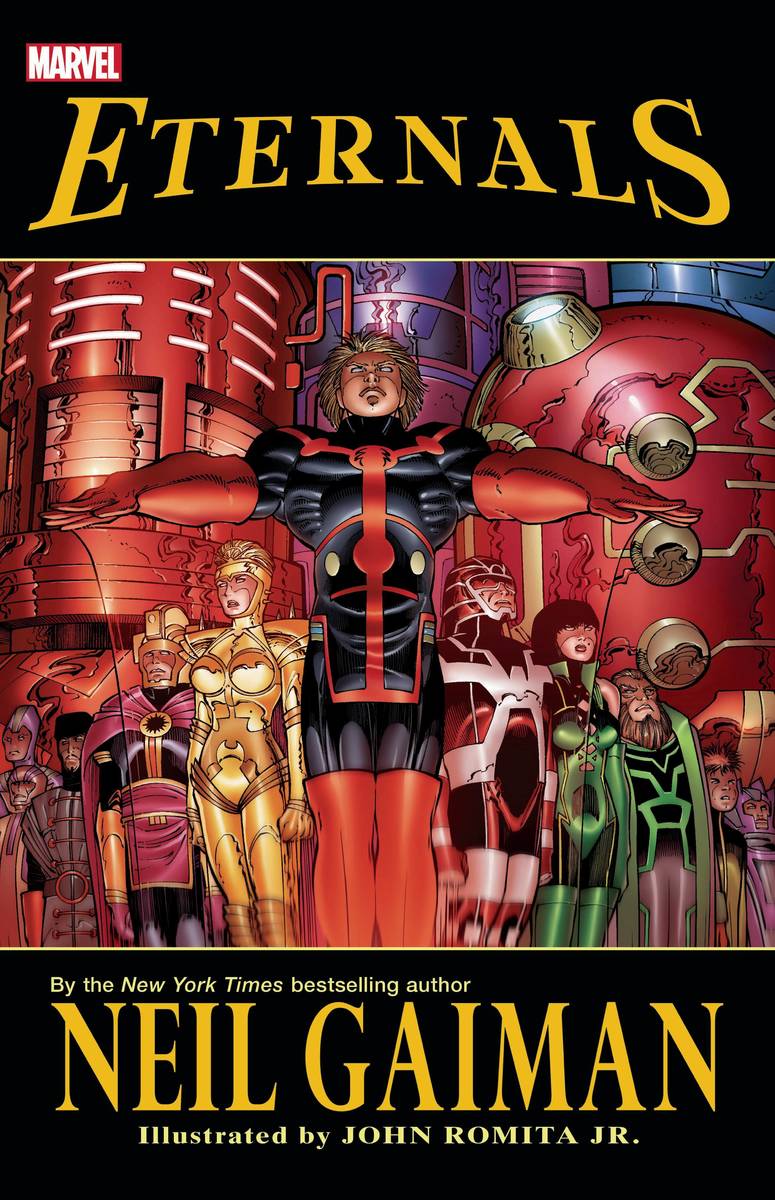 During the 1970s, comics legend Jack “King” Kirby returned to the House of Ideas with perhaps his biggest idea of all: the universe of the Eternals! Their creation was the result of Kirby’s ceaseless curiosity about the origin of man and his mythologies — but like many of the King’s concepts, it was definitely ahead of its time.

Flash forward to 2006: Superstar creators Neil Gaiman and John Romita Jr. have boldly taken on these concepts with a loving hand, in the process telling a fresh and crackling fun yarn full of mystery, suspense and majestic power — all with an eye on helping establish Kirby’s creations as a vital part of the Marvel Universe once and for all.

Against the backdrop of Marvel’s Civil War, the Eternals are awakening one by one from a strange, waking dream, at once coming to terms with the fact that they are far more than the normal people they have thought themselves to be. They find there is little time to commiserate about such things, however, as they are thrust into a life and death struggle that spans both time and space!