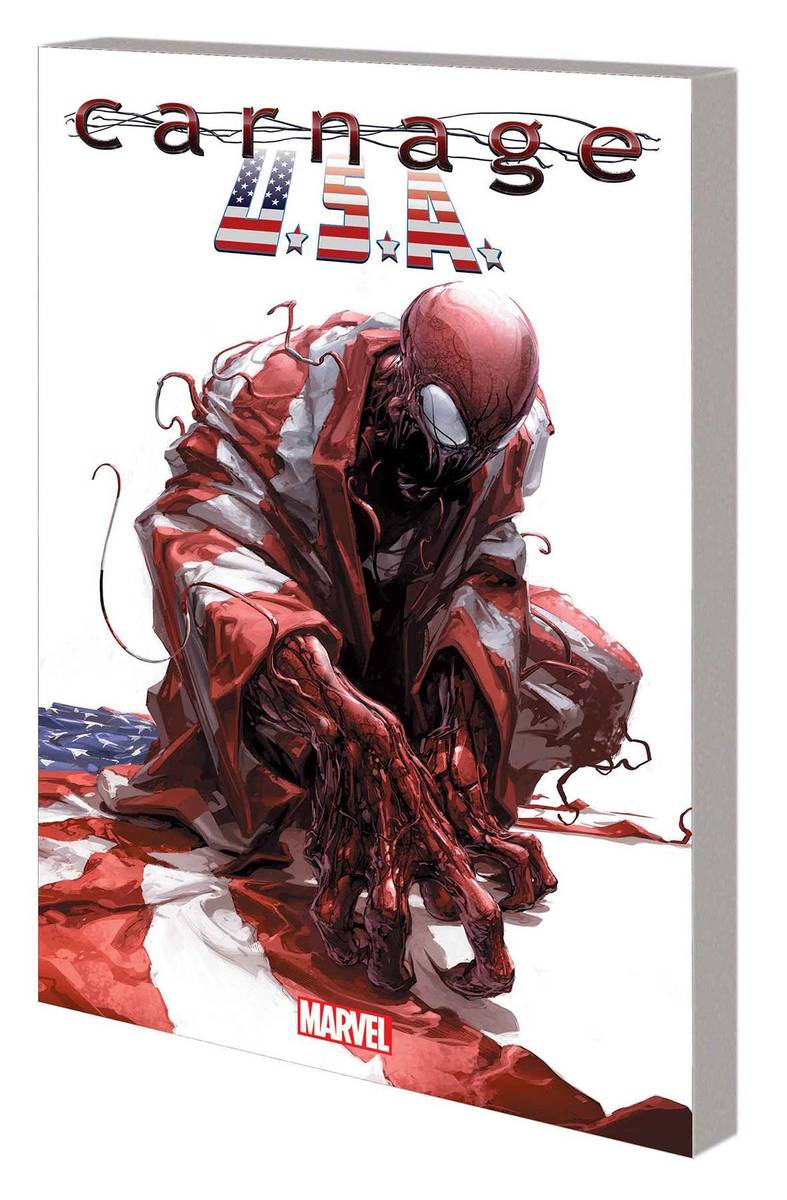 He’s baaaaack! You can’t keep a good symbiote down! With his host, serial killer Cletus Kasady, Carnage is looking to wreak some good old-fashioned chaos in the small town of Doverton, Colorado. Now, Captain America, Hawkeye, the Thing, Wolverine and Spider-Man — with help from the special-ops Mercury Team and its symbiotic arsenal; Dr. Tanis Nieves, a.k.a. Scorn; and the one and only Venom, now a government operative —- must stop Carnage before an entire American town becomes slaves to the whims of a madman! Collecting CARNAGE, U.S.A. #1-5.