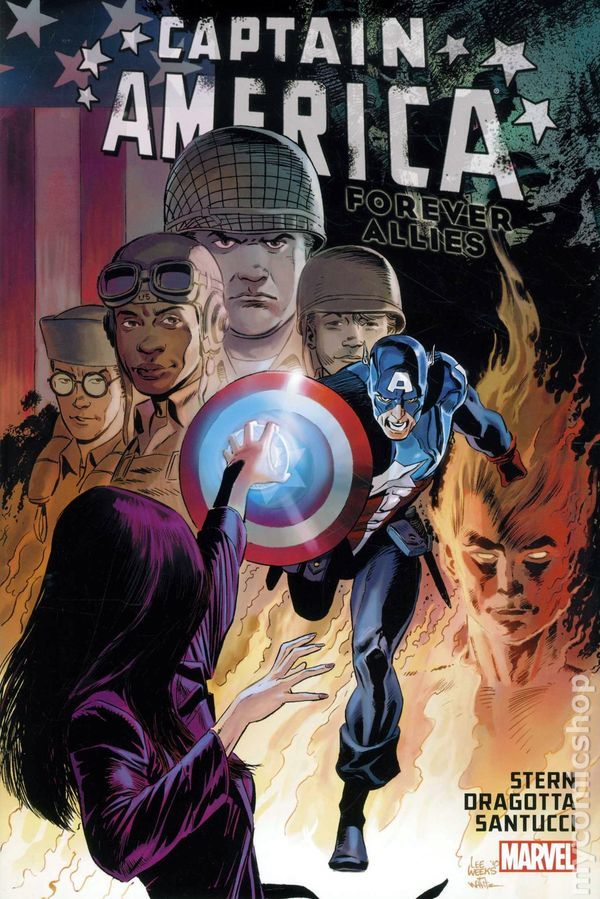 CAPTAIN AMERICA’S IN A RACE ACROSS THE WORLD TO SOLVE A MYSERY FROM WORLD WAR II! James “Bucky” Barnes has led many lives. Once he was Captain America's partner Bucky, a proud member of the Invaders, a founder of the original Young Allies. Now he is Captain America, the Sentinel of Liberty, and when an old enemy suddenly reappears, Jim must re-open the last, unsolved case of the Young Allies -- to stop a menace that threatens the world! Roger Stern (AMAZING SPIDER-MAN) travels from World War II with Nick Dragotta (X-MEN FIRST CLASS) to the modern age with Marco Santucci (SIEGE: SPIDER-MAN) to tell a time-tossed epic tale of mystery, intrigue, and high adventure! Also includes a special bonus reprint of the classic YOUNG ALLIES #1.